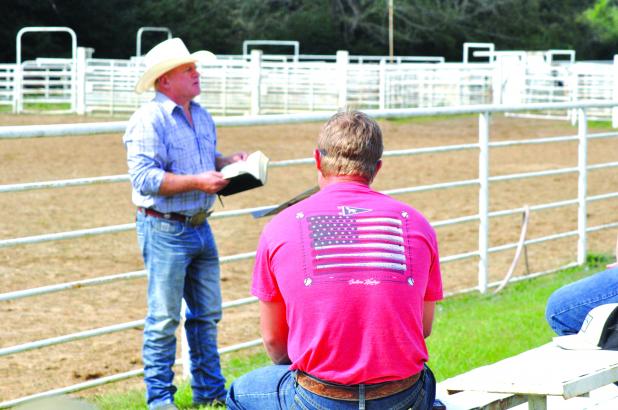 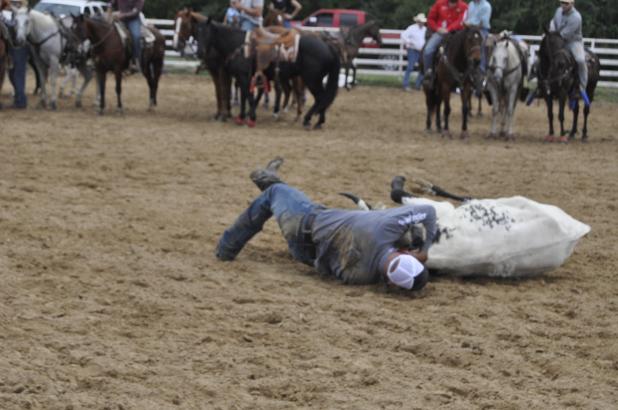 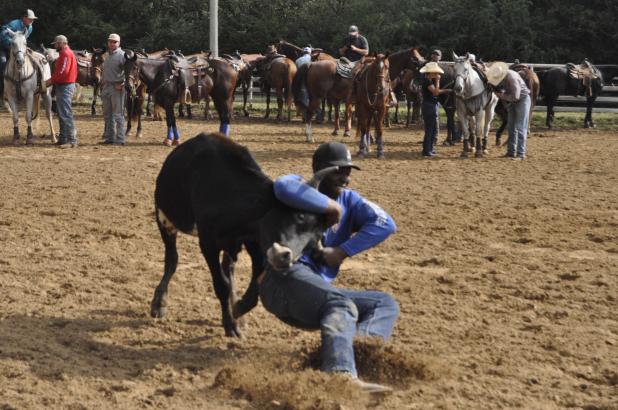 The Mike Bush 15th Annual Steer Wrestling and Church Service was conducted on Sunday, Sept. 27 at Stigler Round-Up Arena.
The event began at 11 a.m. with Bush presenting a sermon during the church service, and the steer wrestling event began at 1 p.m.
“We had a beautiful day,” said Bush, adding that the weather was perfect.
Bush said the event was well attended and they had a great church service. “That’s the main reason I have my steer wrestling,” he added.
There were 26 entries in the junior (19 and under) division, three in the 40 and over division and 31 in the open division.

The 40 and over division had three participants.
Tom Lewis from Lehi, Utah won both rounds as well as the average and the buckle. His two opponents had no times.

The overall winner of the open division was Denver Berry from Checotah. He will be going on to the American Semi-Finals in Fort Worth, Texas in hopes of making it to the Finals in Dallas, Texas.

Tom Lewis from Lehi, Utah - 40 and over winner