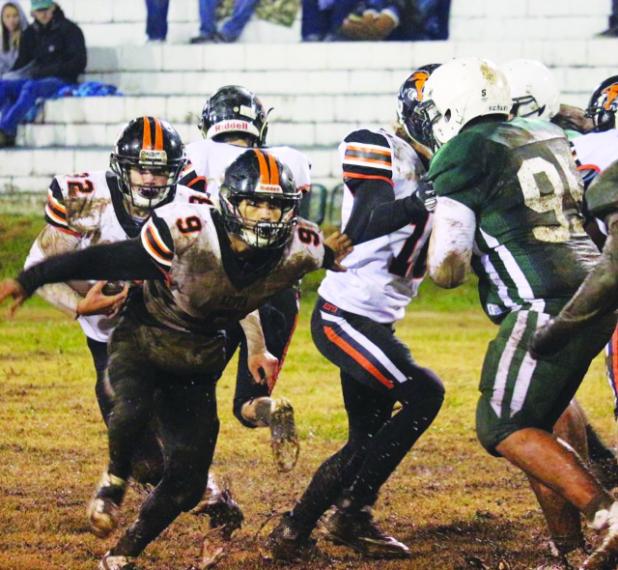 The Keota Lions scored big in a win against Cave Springs on Friday, Nov. 8. The Lions shined with 40 points on the board in the first quarter, and another 14 in the second.

The Lions’ defense was strong, with Kaleb Heffner having five tackles with two fumble recoveries, one being a 27-yard touchdown. Edward Simons had nine tackles, two of which were sacks along with a 2-point conversion.

It was freshman Kecher Bustos who had a standout night with nine tackles, one of them being a sack.

Eli Ramirez had six tackles, two of them being sacks, along with two carries and 15 rushing yards including one 2-point conversion. Cordell Ramsey had five tackles with one being a sack and he also had a three-yard 2-point conversion.

Trent Aary had two tackles and Colby Ross also had two, with one being a sack. Braycen Foster had one tackle.

The Lions begin their playoff journey on Friday, Nov. 15 at Alvin Powell Field in Keota with a battle against the Strother Yellowjackets (4-6).