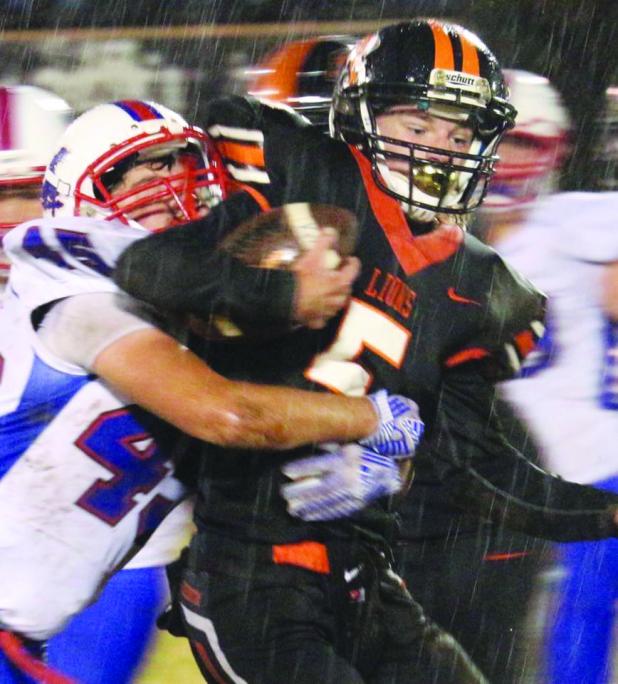 The Keota Lions beat the Arkoma Mustangs 24-0 in the match up on Oct. 25. It was a cold, rainy night, but despite the weather, the Lions managed to score three times, each with a two-point conversion.
Tracen Williams had an incredible night, with 11 tackles, and six sacks.
Accompanying Williams’ performance was Jance Welch with 21 carries, 153 rushing yards and three touchdowns.
On offense, Cash Long had 46 passing yards with two complete two-point conversions, Keelyn Parker had five carries with 20 rushing yards, Eli Ramriez had eight carries and 29 rushing yards, Braydon Cooper had three carries and 13 rushing yards with one two-point conversion, and Edward Simen had one carry and 15 rushing yards.
On defense, Eli Ramriez had seven tackles, including three sacks, Logan Scoggins had two tackles, Cordell Ramsey had five tackles, Kaleb Heffner had six tackles including two sacks, Colby Ross had seven tackles including one sack, Braydon Cooper had three tackles, and Trent Avery and LJ Butler each had one tackle with Butler’s being a sack.