She was preceded in death by her father, Jack Edward Sullivan, a Dallas firefighter, who was killed in the line of duty in 1945; her stepfather, Clyde Cessna Brown; her brother, Leonard; her mother, Mary Sue Brown; and her sweetheart and love of her life, Louis Fioretti, Jr., who passed just a little over a month ago.

Sue was active with the United Service Organization (USO) and traveled to help entertain the troops. It was during one of her performances at Fort Hood where she met Louis. They were married on Feb. 7, 1959. They resided in Dallas, Texas and moved to Stigler, in 1969.

Sue was a long-time member of the First United Methodist Church of Stigler and sang in the church choir. She enjoyed singing, painting, teaching dance, arts and crafts, reading, traveling, and most important, caring for her grandchildren.

Memorial services will be at 1 p.m. on Friday, Feb. 7, 2020, at the First United Methodist Church in Stigler with the Rev. Dr. Jim Hill officiating under the direction of Mallory-Martin Funeral Home and Crematory of Stigler. 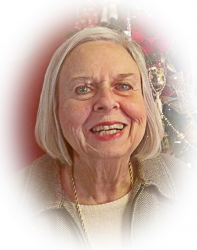