She is survived by her daughters, Afton Otto of Keota and Haley Otto of Sioux Falls, S.D.; her mother, Mildred Davis of Stigler; her sisters, Pam Goff of Galveston, Texas, Elwanda Wiggins and husband, Skip, of Stigler and Peggy Rowe and husband, Jim, of Stigler; her brother, Charley Davis and wife, Kathy, of Keota; her grandsons, Braylon Sutter of Keota and Braxton Bucracker of Sioux Falls, S.D.; her best friend, JoNaile Owens of Stigler; and a host of nieces, nephews and friends.

Funeral services were held at 2 p.m. on Tuesday, Sept. 8 at Unity Baptist Church in Keota with the Rev. Scott Welch and the Rev. Willie Howard officiating. Interment followed at Keota City Cemetery under the direction of Mallory-Martin Funeral Home and Crematory of Stigler. 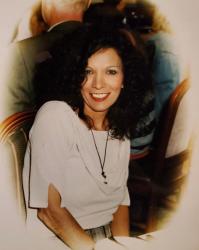