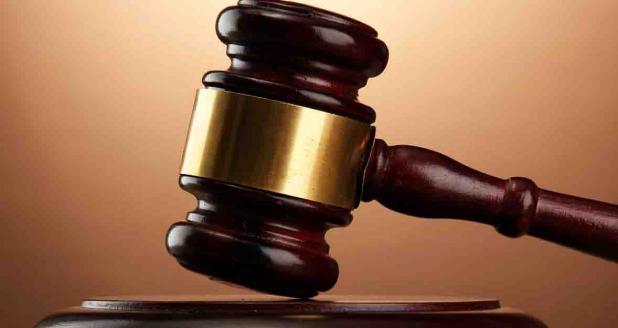 The U.S. Attorney’s Office for the Eastern District of Oklahoma announced that Clinton Shane Strable, 36, of Stigler, was sentenced to 168 months’ imprisonment and five years of supervised release for possession with intent to distribute methamphetamine, in violation of Title 21, United States Code, Sections 841(a)(1) and 841(b)(1)(A); and to 37 months’ imprisonment and three years of supervised release for felon in possession of firearm and ammunition, in violation of Title 18, United States Code, Sections 922(g)(1), 924(a)(2) on two separate indictments. The charges arose from an investigation by the Pittsburg County Sheriff’s Office, the Drug Enforcement Administration, the Haskell County Sheriff’s Office, and the Bureau of Alcohol, Tobacco, Firearms and Explosives.

The indictment for federal drug crimes alleged that on or about Sept. 18, 2018, the defendant knowingly and intentionally possessed with the intent to distribute 500 grams or more of a mixture or substance containing a detectable amount of methamphetamine, a Schedule II controlled substance. The second indictment alleged that on or about April 22, 2018 the defendant, having been convicted of a crime punishable by imprisonment for a term exceeding one year, knowingly possessed in and affecting commerce, firearms and ammunition, which had been shipped and transported in interstate commerce.

U.S. Attorney Brian J. Kuester said, “The investigations and prosecution of the defendant for federal drug and weapons offenses is the result of strong working relationships law enforcement agencies have in the Eastern District. Federal prosecution is not always an option or the best option. However, when it is, this office and the federal law enforcement community is eager to assist local law enforcement agencies in our shared missions to protect the public. This case is a great example of the benefit of working together.”

The Honorable Ronald A. White, U.S. District Judge in the U.S. District Court for the Eastern District of Oklahoma, in Muskogee, presided over the hearing. Assistant U.S. Attorney Clay Compton represented the United States