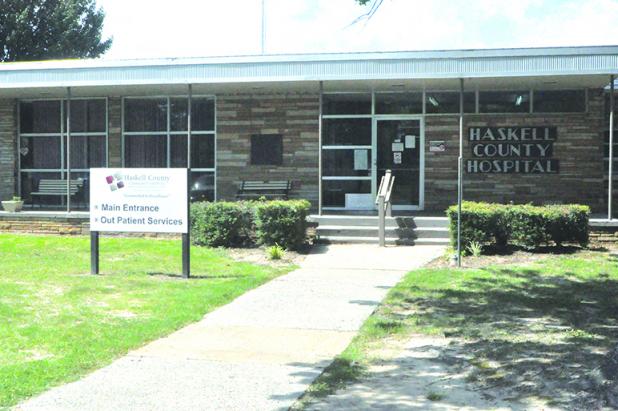 The Stigler News-Sentinel has received the following information regarding layoffs at Haskell County Community Hospital. Additional information will be posted online and published in the paper as it becomes available.

Andrea Randall, interim chief executive officer for the hospital, said Wednesday afternoon, Oct. 2, that approximately 75 percent of the staff at Haskell County Community Hospital has been laid off.

The staff's main priorieties are for patient care and safety, she said.

Some inpatients have been discharged or transferred to other facilities.

Hospital officials are hoping much-needed money will be available soon, she said.

Moments before press time (Oct. 2) this statement was given to the Stigler News-Sentinel by Bobby Mouser, city manager on behalf of the Stigler-Haskell County Hospital Board of Trustees:

It has been communicated to the Stigler-Haskell County Hospital Board of Trustees that there will need to be a reduction in labor and expenses due to cash flow issues. Attorney for the Trust, Micheal Linscott, has been in communication with the bankruptcy trustee, it appears as if part of the revenue issues stem from the timing of CMS payments (Medicare payments) to the hospital.

The current hospital management group, Cohesive, and the bankruptcy trustee have been working with Medicare to fix the issue.

It is the bankruptcy trustees’ hope that this is a temporary situation and has committed to a swift resolution to bring the hospital out of bankruptcy as soon as possible.

Mouser also noted that the Stigler-Haskell County Hospital Trust does own the physical hospital building, but the Trustee is the operator of the hospital while the hospital is in bankruptcy, not the Trust.

Publisher’s note: The Stigler News-Sentinel will be updating information at www.stiglernews.com, on our Facebook page and in future issues as information becomes available.