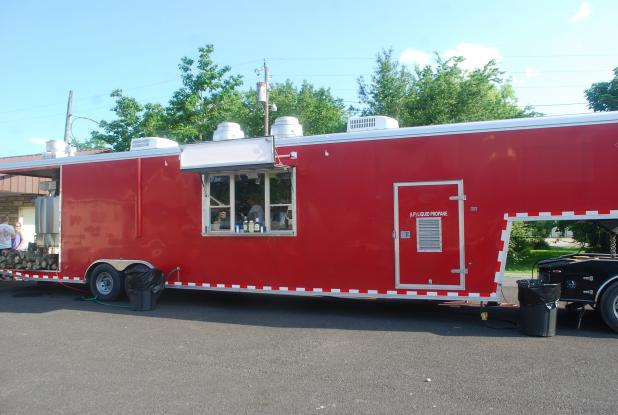 A food truck was set up on Cruise Night, Saturday, May 25, and proceeds from sales benefited Hospital Heroes, employees at Haskell County Community Hospital who worked without pay for more than a month recently.

This was one of several fundraisers that have been conducted by community members, in an effort to raise $35,000 for the hospital employees.

The trailer for the barbecue was provided by Harrison Construction Company, who, along with the Stigler-Haskell County Chamber of Commerce, set up the fundraiser. The trailer sold $3,852 worth  of barbecue, according to Randy Harrison.

Contributors of supplies and meat for the fundraiser include Harrison Construction Company, Joe Clement of Keota, the Jim Bob Cross Family and Shelly Boren, owner of Shelly’s Stigler Cafe, who helped out in the kitchen, furnished employees and provided use of water and electricity.

The community fundraisers have raised over $36,000 so far, with one more fundraiser to possibly come in, according to Lisa Shearer with the hospital’s ladies auxiliary.

This means community members have exceeded their original goal of $35,000.