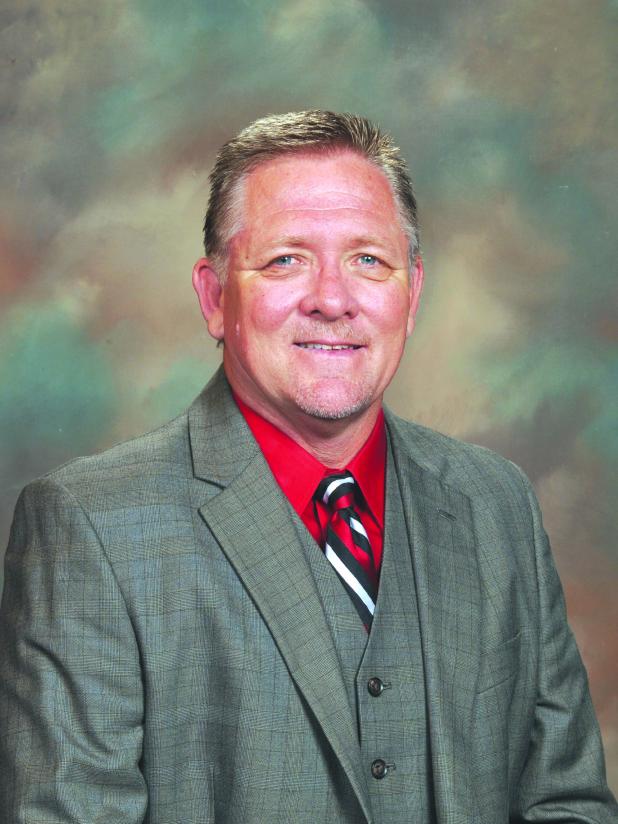 Guthrie reflects on past, looks to the future

Monty Guthrie, who was superintendent of Stigler Public Schools for four years, is now employed with the Oklahoma State Department of Education.

Guthrie is the deputy superintendent of finance and federal programs, and is also over accreditation.

Guthrie’s last day as the local school superintendent was June 30, and he began his new job with the state’s education department on Monday, July 1.

Guthrie has been a member of the Stigler community for many years and he said he plans to continue to be part of the community, even though he will be employed  with the state’s education department.

Guthrie is a graduate of Stigler High School. He then received a degree in accounting. When he started coaching Little League baseball, he decided he enjoyed working with youth. “That kind of led me to becoming alternatively certified,” he said.

During his first nine years as a staff member with Stigler Public Schools, he taught, coached, drove buses and “anything else that needed to be done,” he said.

He then served as assistant principal at Stigler Middle School, high school principal in Poteau and superintendent in Pocola before being hired as Stigler’s superintendent.

He said he “hadn’t planned on going anywhere else until this opportunity came up,” adding that his new job is the only position in Superintendent (Joy) Hofmeister’s cabinet that requires previous experience in school administration, preferably in the superintendent’s role, “because you really are the voice in the executive cabinet to try to present the picture of how things affect the school at the ground level. That’s what I’m supposed to bring to the table.”

Guthrie said he will be a “semi-commuter” and will continue to be a resident of Stigler.  Being able to remain a part of the Stigler community is a “big plus for me,”  he said.

Last week Guthrie reflected on some of the school’s successes that he witnessed during his employment as superintendent and will remember. “The thing that I’ll remember the most about here is the way the faculty and staff and community have really bought into putting the child first,” he said. Although faculty and administrators would like to have the best test scores in the state, “that’s not what defines a student, or defines an individual or defines a future,” he said.  “It’s trying to do everything you can to meet each individual student’s needs,” he said. The school district’s reading grant has been a great benefit, allowing school personnel to focus on helping  students, who are struggling with reading at an early age, he explained.

Working with all three schools, helping to continue with the continuity and cooperation from all three sites, has also been rewarding. “They have just been outstanding, and I have been very pleased to watch them continue to grow in that area,” Guthrie said.

Personnel have been focused on continuing to combine resources and work together “to be more vertically aligned with our curriculum so that we don’t have gaps and holes in what our students are trying to learn,” he said.

There have been numerous successes in band, the academic team, yearbook, athletics, and speech and drama. These types of successes usually come to life at the high school level, but are a combination of everything that has happened to that point, he said.

The last couple of years the district has been able to hire a lot of Stigler graduates “who are committed to our community and our kids. They are just such high quality people,” he said.

He added that he has been pleased with the quality level of all applicants. “I’m just really, really encouraged for the future of Stigler Schools, because of the young, energetic committed employees that we have been able to add to our program,” he said.

Guthrie did express disappointment regarding one issue.

“I wish we could have done something about our facilities, done a better job of advancing for the future in that particular area,” he said, referring to bond issues that were not approved. “As I’ve stated many times publicly, I feel like it is a great need. And if it’s not addressed, it will in the future cost us students and it will cost us citizens,” he said.

He added that he is aware of at least two families who have chosen to go to other schools that have new facilities, because they have said they don’t believe Stigler is going to move forward.

Guthrie said while he will continue to live in Stigler, what he will miss most is just being the superintendent at Stigler.

He said he has enjoyed his job and has enjoyed watching the students - some of whom he taught their parents - grow up.

Guthrie said he is “very appreciative to the (school) board for giving me this opportunity. The faculty and the staff have just been unbelievably supportive. They do a great job, and I’ve really enjoyed working with them. Again, the community has been outstanding,” adding that it has been a really enjoyable four years.