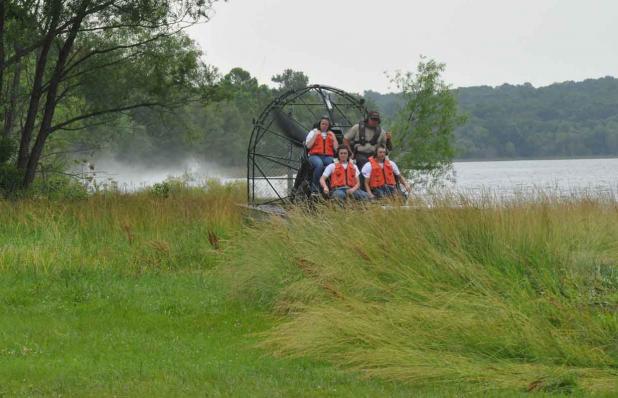 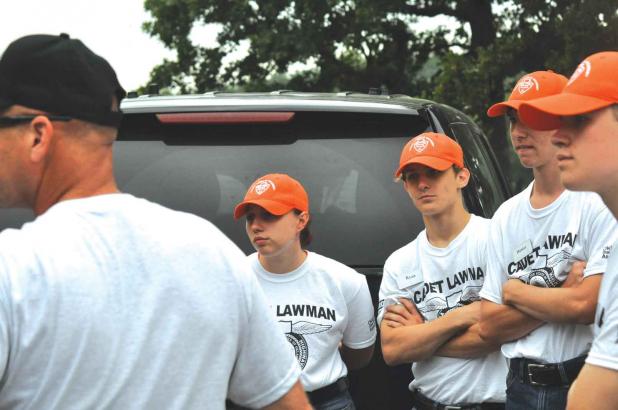 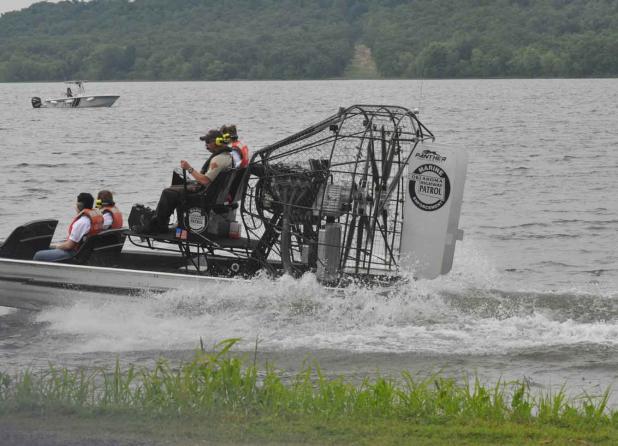 The Cadet Lawman Academy cadets were at Stigler’s Lake John Wells on Monday, June 3 and Tuesday, June 4.
The cadets are high school students between their junior and senior years.
The week-long academy is free for students and provided by three main sponsors, the Oklahoma State Troopers Association, the Oklahoma Elks State Major Projects with the Oklahoma Elks in partnership with Oklahoma Highway Patrol, and Cudd Pressure Control.
The cadets are fed and housed at Connors State College in Warner where they stay in McClarren Hall and have classes.
They also receive T-shirts and uniforms, provided for by the sponsors of the academy.
This year there were 109 cadets, including some from Haskell-County. The cadets are students from all over the state and are selected based on their leadership potential. “It’s more of a leadership academy,” explained OHP Lt. Robert Francis.
The academy gives the students a chance to learn about law enforcement experiences, Francis explained. “It is a high-stress, physically demanding academy,” he said.
Academy students were at the lake June 3 and 4, as groups of students learned water enforcement activities and how to conduct a traffic stop.
The water activities included rides on air boats, patrol boats, jet boats and low-line recovery boats. Wayne Skrdla, retired Lt. over marine theft in Western Oklahoma, explained that the different types of boats held different purposes and that the cadets had the opportunity to learn about each one.
“The patrol boats are for deeper water,” he explained. Jet boats are used for shallow water and are good for emergency situations such as flooding. The air boats the cadets use are for really shallow water recovery and can go in the grass. “It is good for secluded areas, like if a family is trapped,” explained Lt. Skrdla. The low line recovery boat used at the lake was 17 feet long and had a 25-horsepower motor. It is used for drowning search, rescue and recovery and has a side sonar scanner that can help locate victims or items under the water. “The main function [of the water  activities] is to learn Title 63 laws [of the water],” said Lt. Skrdla.
He explained that on the water, officers look for the same things they might on land driving, such as drinking and operating a boat and how to handle that situation. While on the lake,, students also  learn boat safety and proper use.
The cadets also learn evasive steering, evasive breaking, and backing up maneuvers for the boats, according to Lt. Francis.
The cadets also have the opportunity to talk to members of a dive team. The team is made up of regular troopers who have other OHP jobs but are sometimes pulled aside when needed for dive team missions, explained Lt. Jeff James, who is the commander.
Lt. James explained that there were several kinds of equipment the cadets got to learn about, including underwater sonar, how divers communicate underwater, metal detectors and lift bags that are able to lift boats that have sunk. The cadets learn how the team performs search and recovery for victims in Oklahoma and how the dive team operates.
While receiving hands-on training for the different types of boats and what they do, students also get a chance to learn about conducting traffic stops and how to safely do so.
The students also have the opportunity to play “roles” in a traffic stop and are given scenarios to play through as the driver, passengers or the police officer conducting the stop.
Brain Conaghan of the academy explained that this teaches students to “think on their toes,” when they have to decide how best to handle a situation on the spot. During the simulation, students are shown the car equipment and how the lights and camera work and even given a little insight regarding how officers communicate during a traffic stop, including radio etiquette. “The primary concern is how to protect themselves and those in the vehicle,” said Conaghan. The traffic stop simulation includes learning how to safely approach the vehicle, how to speak to the driver and passengers and how to smell for alcohol. Conaghan explained that it helps the students to “think outside the box on different scenarios.”
The lake activities are just a few of the events that the academy conducts. The academy consists of both classroom and hands-on learning. The cadets have the the opportunity to learn drilling and flag ceremonies, and even head to Muskogee’s Davis Field Airport where they experience airplane rides and what pilots do in the air enforcement, explained Lt. Francis. They also have the  chance to meet with members of the Oklahoma Highway Patrol Bomb Squad and learn what they do and are shown the canine drug dogs.
Publisher’s Note:
Those interested in the academy may visit www.cadetlawman.com for more information.
Amy Cobalt of the academy explained that there are free boat safety classes that cover safety, emergency situations and basic boat terminology for youth 12 and older. The classes are in Oklahoma and can be found at www.okboated.com or inquired about by telephone at 918-681-4959.