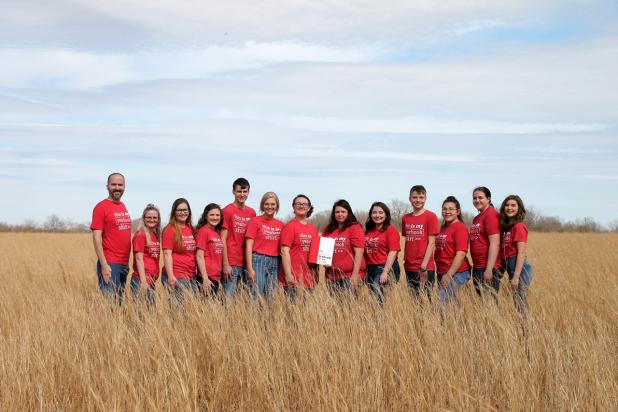 Stigler’s 2019 Yearbook, “The Seniors Graduate at the End,” has just begun entering state and national level competitions and has already claimed a coveted national honor from the National Scholastic Press Association (NSPA). The NSPA was founded in 1921 and is considered one of the most preeminent award bodies in high school journalism.

“Mr. [Mitchell] Bird and I had been waiting for critiques for weeks. When he texted me and told me he received them I was very nervous to see the result. Going into the making of this book, we said that the judges at any competition were going to either love it or hate it, no in-between,” Mahaylee Minor, editor-in-chief, said.

Stigler’s yearbook was rated “All-American,” the highest rating given by the NSPA. On average, only 25-40 yearbooks nationwide receive this rating. The yearbook was also awarded four out of five marks of distinction in the following areas: Essentials, Coverage, Writing & Editing, and Photography.

In regards to the theme “The Seniors Graduate at the End,” NSPA judge Justin Daigle said, “[They] kept a very consistent voice throughout the theme copy. It is clear that [their] theme is carried throughout the book in [their] coverage and graphic elements.”

The 2019 yearbook staff also focused on writing stories that went beyond the obvious.

“[They did an] excellent job of finding unique story angles for a big majority of [their] coverage! It is clear that [this] staff tries to tell stories that matter and are particularly relevant to the year! This is a huge strength of [the] staff!” Daigle said in regards to the coverage in the yearbook.

Most schools that submit their yearbooks for critique are generally high school or middle school-only yearbooks. Having a K through 12th grade book provides challenges that Daigle noted during judging.

Overall, this is the highest rated yearbook in Stigler school history. The 2018 Yearbook received three marks of distinction and a First Class rating.

“Flipping through [the] book, it is apparent how thoughtful and determined [they] were to include a variety of coverage that best represented

[the] school and student body. [They] chose a great theme and were able to carry it out graphically throughout [the] book. The coverage and angles [they] chose to cover...sports, academics, clubs, and student life were outstanding,” Daigle said.

“When I heard the news that we received an All-American rating, I was excited for the staff and was glad to see their cumulative efforts recog- nized in this way. This staff, led by Mahaylee Minor, worked very hard to make improvements and create something timeless. I am proud of their hard work,” Mitchell Bird, yearbook adviser, said.

“Getting All-American was an absolute dream and I cannot wait to see where else my book goes. This wouldn’t have been possible without the best staff I could have asked for or the best adviser to help me and my staff along the way,” Minor said.